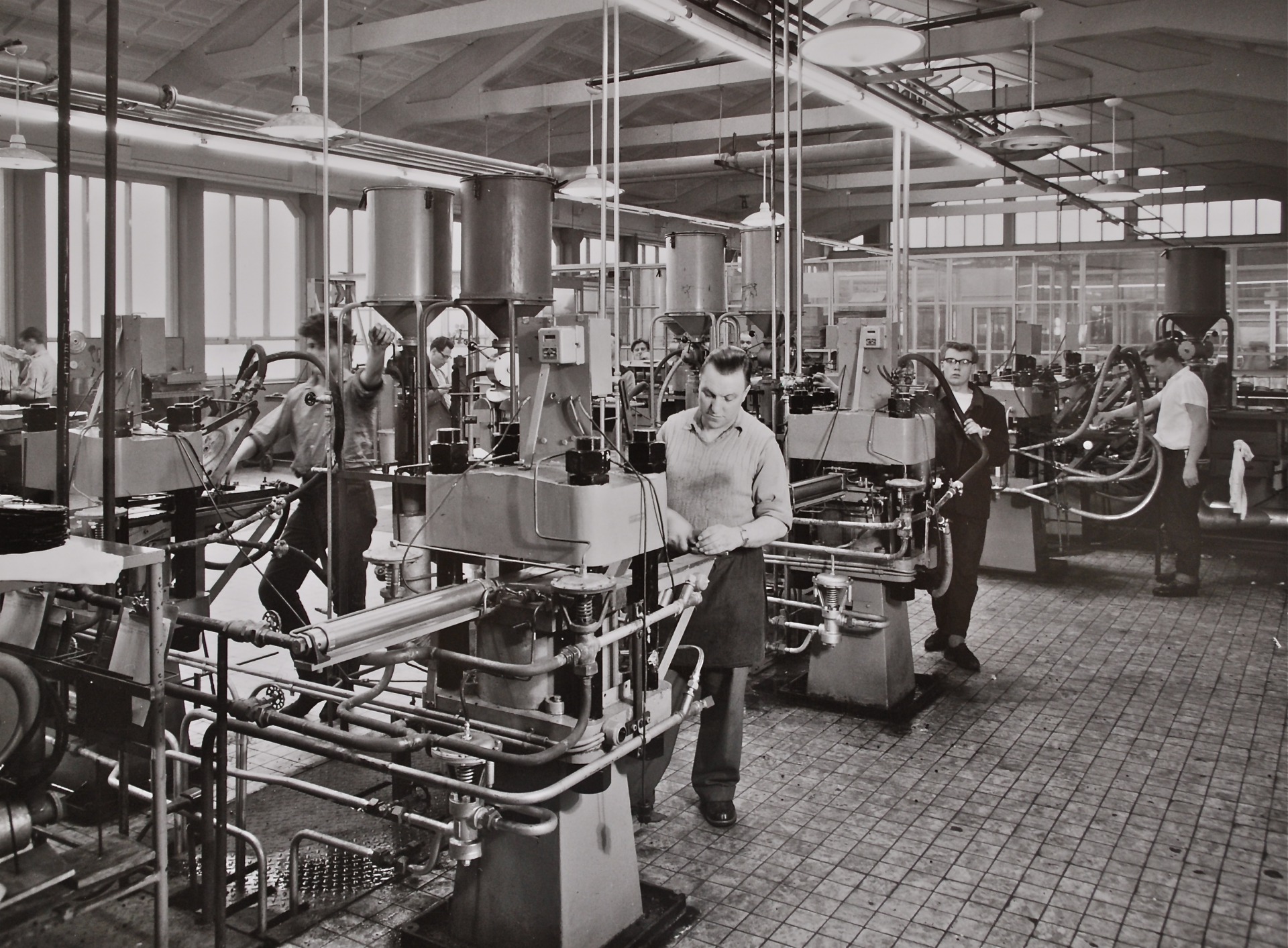 The pressing plant was founded in 1958 by Casper and Wim Slinger, who were oil traders. The plant was named Artone, after their record label, manufacturing only 7" records at that time.

In 1966 CBS bought a 50% share in Artone, and started a printing company that year to make their own sleeves too. The first sleeve they printed  was for a Nancy Sinatra record, "Like I do". In 1968 the pressing plant opened its own cutting room and in 1969 CBS (Columbia) took over full ownership.

In the seventies, demand for vinyl grew rapidly and CBS pressed more than 50 million records every year. Over 35 million copies of Michael Jackson's album "Thriller" were pressed in Haarlem in the eighties. The plant's main focus was pressing the CBS catalogue.  CBS merged with Sony Music in 1988, and the plant became Sony's main vinyl production facility for Europe.

In June 1998 Ton and Mieke Vermeulen took over the plant and re-named it Record Industry. Since then, much effort, energy and knowledge has been invested in maintaining and developing the machinery, combining new techniques with existing ones. 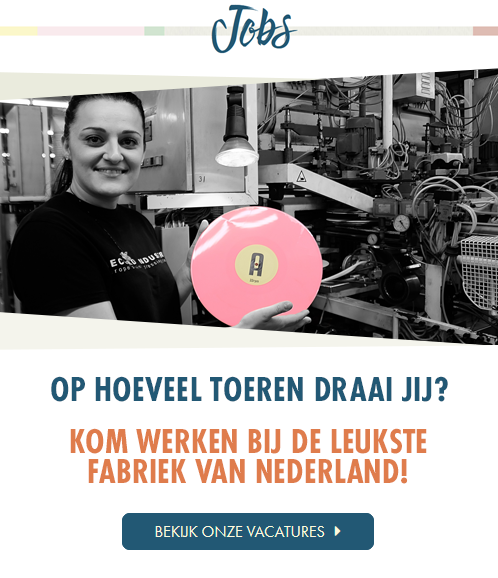